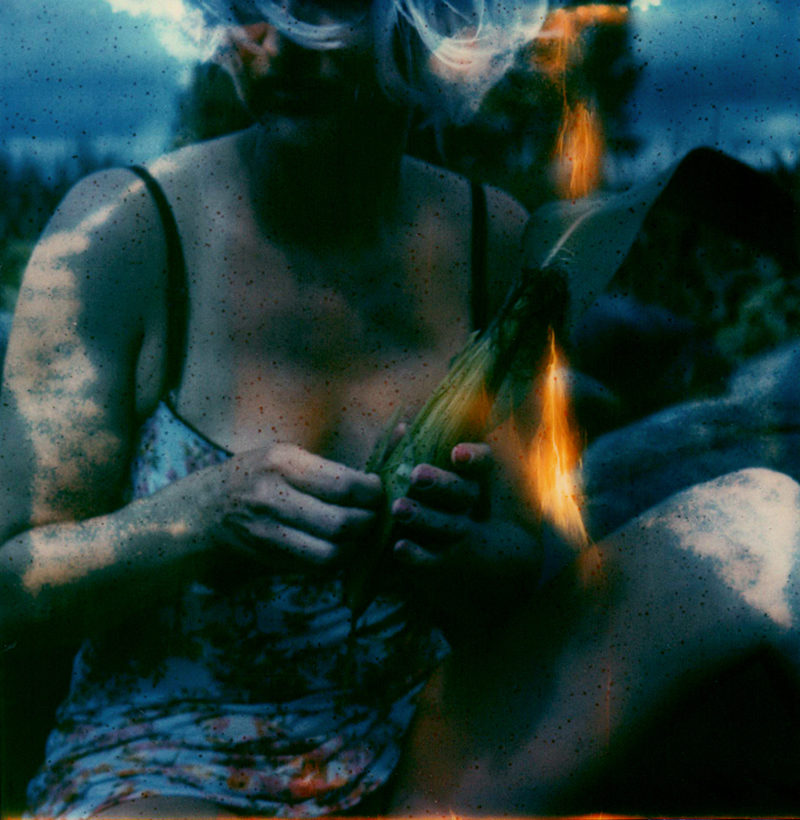 Carmen De Vos is a slow photographer. She registers, portrays and thinks up odd stories. She shoots Polaroids to frame these mental escapades, they get so easily out of hand.

She enormously longs for what she’s afraid to loose: real human contact, the slowness of being and creating, the tangibility of materials.

Almost without exception she uses old Polaroid camera’s, long time expired film and self-made filters. Her tools and methods – such as film bleaching and deliberate film obstruction – are not precise and are not even geared towards a perfect representation. They often yield results – such as colorization, deformation, unsharpness – which she could never have predicted on forehand with any certainty, because their flaws do not allow for calculation. She’s not in control. She fights the material. She plans, stages and directs but the decayed chemistry and off-focus lenses add their magic. All by themselves. Which merrily surprises her. Or ruins her image. This battle attracts her as much as it frustrates her. She loves to create within these limitations, to try to produce the best possible image within the narrow circumstances given. Luckily, she’s a sucker for imperfections.

Lately she sees herself forced to work digital, due to the increasing rareness of good Polaroid films. She seeks a balance in the endless editing possibilities of the digital image, coping with the hilarious twenty-first century obsession with the pseudo-fantastic silicon human being and his utmost perfect body. When does a portrait stop being a portrait before it turns into a self-denying mirage; a struggle she hasn’t won, an answer she has not found yet.